The History of Credit Cards

Ever wonder how credit cards became such an integral part of American spending? Learn more in this article.

I am an absolute sucker for documentaries. I love learning how things work. The other night, I was scrolling through Netflix and found a documentary series called “History 101.” In this series, they had an episode about credit cards.

Within the first few minutes, I was already in. Did you know there are half a billion credit cards in the U.S. alone? Which averages out to about two per every American adult. Or that globally, there are about 470 billion card transactions a year? Which is more than the number of stars in the Milky Way! I’m not surprised, but it’s wild to think about it like that.

Where did the idea for credit cards come from?

After World War II, the American economy boomed as factories shifted from wartime goods to consumer goods. For the first time ever, middle-class Americans were being advertised to by high-end product companies. Often expensive products like updated kitchen appliances, new cars, the latest fashion trends, and restaurants.

In 1950, American Businessman Frank McNamara went to dinner in Manhattan and realized  after eating that he had forgotten his wallet. The next time he visited the restaurant, he brought a cardboard card that promised payment at a later date. He referred to it as a “Diners’ Club Card.” Which started the “buy what you want now, pay later” mindset that quickly became popular amongst high-end shoppers.

In its first year of operation, 42,000 consumers subscribed to the Diners’ Club Card. The company then rushed to get cooperation from rental car companies, hotels, restaurants, and other luxurious places. The card had an annual membership fee and participating locations received a small commission on transactions. Even with these fees racking up, Americans loved this new “buy now, pay later” lifestyle. This movement showed banks that there was some serious money to be made in “credit.”

Joseph Williams at Bank of America decided to give this new credit thing a try by creating the first bank credit card, Bank Americard. He mailed these cards to thousands of Americans in Fresno, CA and it was immediately successful – until some of those bills started coming in, and one out of every five cardholders couldn’t pay the bill they received. Williams then resigned because of the business implications and massive revenue loss.

Then in 1958, American Express decided to give it a try and issued credit cards to people with interest penalties. If you didn’t pay back what you owe in full, interest was added to your bill. This proved to work well enough to receive a hefty profit.

How were credit cards first made?

Because the first credit cards were cardboard and plastic, using one was a long and tedious process. The merchant had to call and verify the cardholder’s identity and credit, making it very inefficient. In the mid-1960s, IBM Engineer Forrest Parry created the magnetic stripe to hold data on a card, readable through a piece of equipment. However, he was unsure how to get the front of the card to attach to the back while still having the magnetic stripe readable. His wife, Dorothea Parry, who was ironing clothes during this conversation, suggested he try to iron the two together. And sure enough, it worked, creating the first magnetic stripe credit card.

The psychology of using credit.

Studies show that people who utilize credit cards tend to make bigger and more impulsive purchases than those who spend with cash. In an MIT study, MRIs revealed that credit card spending stimulates the reward system part of the brain, which releases dopamine (more so than spending with cash does).

In my opinion, the most fascinating part of this documentary was one of the last points. Starting in the 1980s and into the present, spending on credit has caused Americans to increasingly lose their savings, homes, families, etc, at higher rates than ever before. However, business (large, multi-million to billion-dollar companies) spending on credit has helped some American corporations become some of the largest and most successful companies around the globe. So essentially, credit has proved to be bad for individuals but great for large businesses.

How so? When manufacturing companies, for example, wanted more people to spend money they didn’t have on their high-end products, they allowed credit card companies to be honored at their stores, leading to significant overspending with the use of credit to boost (and continue to boost) company sales, leading Americans to become dependent on credit to sustain their lives. All while these companies continue to set record profits year after year.

Understanding the history of credit cards helps to see the bigger picture. How American consumerism and the “buy now, pay later” has set most Americans on a trajectory that could lead them to financial ruin, if they don’t use credit responsibly.

While credit has become a necessary evil in growing your wealth, don’t lose sight of the past. And make sure when it comes to your life choices – YOU are in charge.

Mollie Macklin is the Digital Marketing Specialist at Plinqit and a content contributor for The Plinq. Mollie believes knowledge is power and enjoys creating valuable content for young adults navigating big financial decisions to help them create the lifestyle that makes them happy. Mollie also enjoys funny movies, traveling with her boyfriend, playing her Nintendo Switch, and hanging out with her cats in her free time. 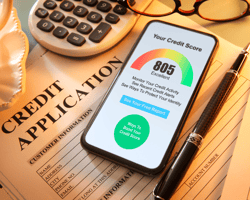 Learn about credit in this short video.

Below is a video all about the two main types of debt. 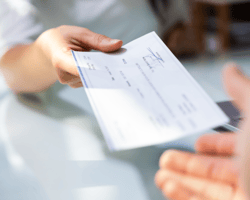 Learn what gross and net pay are and what it means for your paycheck.